NASA’s Transiting Exoplanet Survey Satellite (TESS) has discovered its first Earth-size world. The planet, HD 21749c, is about 89% Earth’s diameter. It orbits HD 21749, a K-type star with about 70% of the Sun’s mass located 53 light-years away in the southern constellation Reticulum, and is the second planet TESS has identified in the system. The new world is likely rocky and circles very close to its star, completing one orbit in just under eight days. The planet is likely very hot, with surface temperatures perhaps as high as 800 degrees F (427 degrees C).

This is the 10th confirmed planet discovered by TESS, and hundreds of additional candidates are now being studied.

Scientists at the Massachusetts Institute of Technology and the Carnegie Institution for Science analyzed TESS transit data from the first four sectors of TESS observations to detect 11 periodic dips in the star’s brightness. From this, they determined that the star’s light was being partially blocked by a planet about the size of Earth.

The star that HD 21749c orbits is bright and relatively nearby, and therefore well suited to more detailed follow-up studies, which could provide critical information about the planet’s properties, including potentially the first mass measurement of an Earth-size planet found by TESS. 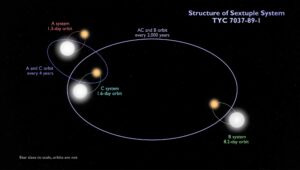 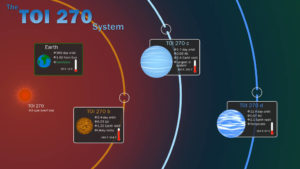 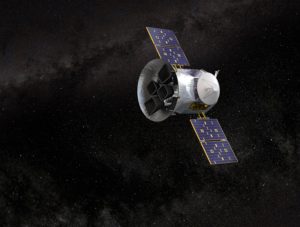